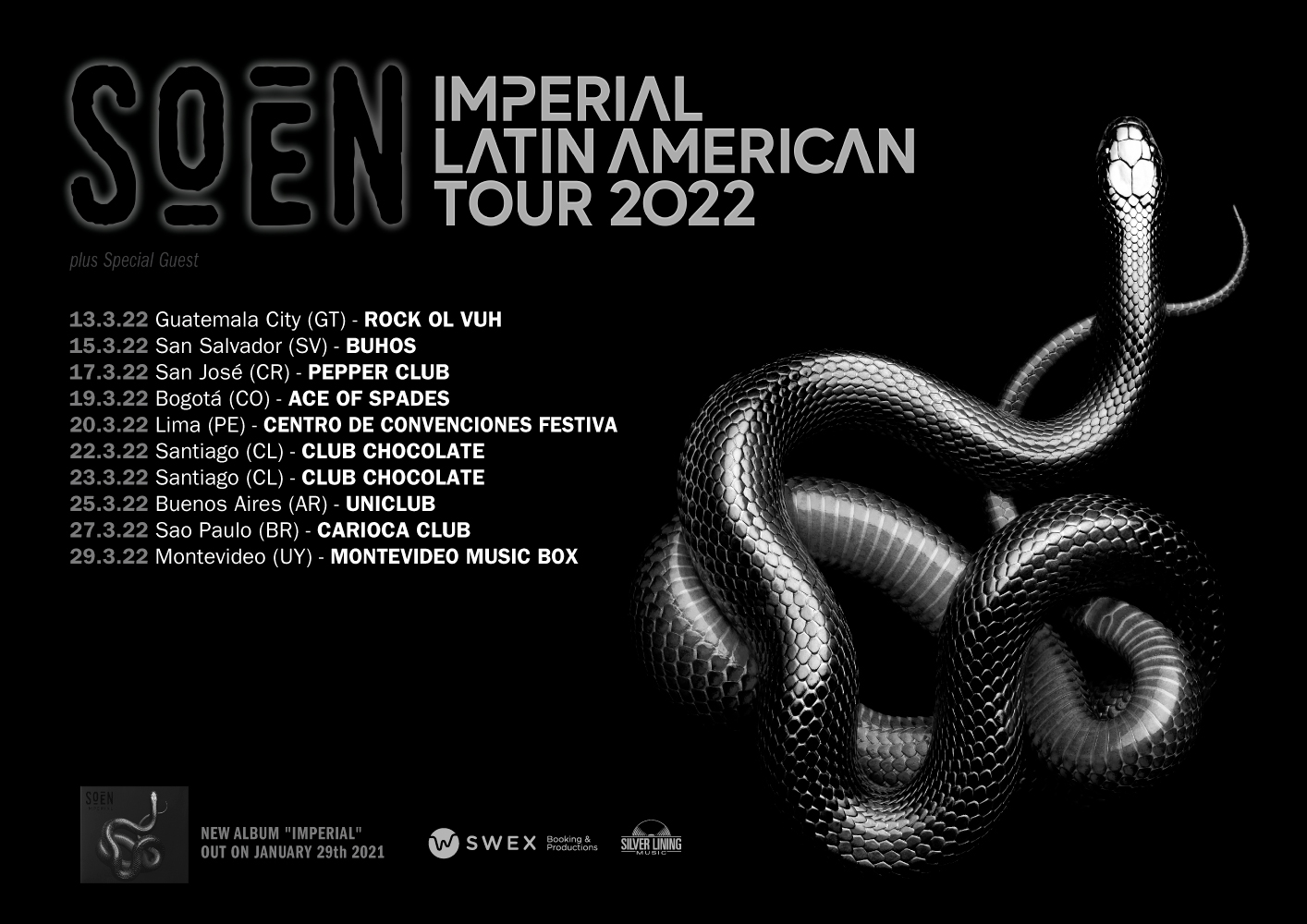 AND UNVEIL SINGLE/LYRIC VIDEO FOR ‘ANTAGONIST’
SPRING 2021 EUROPEAN DATES CONFIRMED
The provocative, imperious and engaging Swedish-based metal group SOEN will unveil their fifth album, IMPERIAL, via Silver Lining Music on January 29th 2021. Founder members Joel Ekelöf (vocals) and Martin Lopez (drums), along with Lars Enok Åhlund (keyboards and guitar), Oleksii “Zlatoyar” Kobel (bass) and Cody Ford (lead guitar) have never shied away from challenging our perceptions of life and humanity, and IMPERIAL continues SOEN’s unique journey through the psyche of our species and the conundrum of our times. Eight crisp, sharp, and supremely constructed songs spanning frustration, reflection and hope, IMPERIAL is the most fierce and dynamic release of SOEN’s journey, one which continues to be deeply therapeutic for both the group’s dedicated followers and the band themselves.
“In my life I try to be as real as possible, but I think that the music, and nature, of SOEN are the only place that I really, really feel I can be myself,” explains Martin Lopez “When you’re home, doing music, writing lyrics, that is where you really get to express yourself without any judgement and with total freedom.”
Back