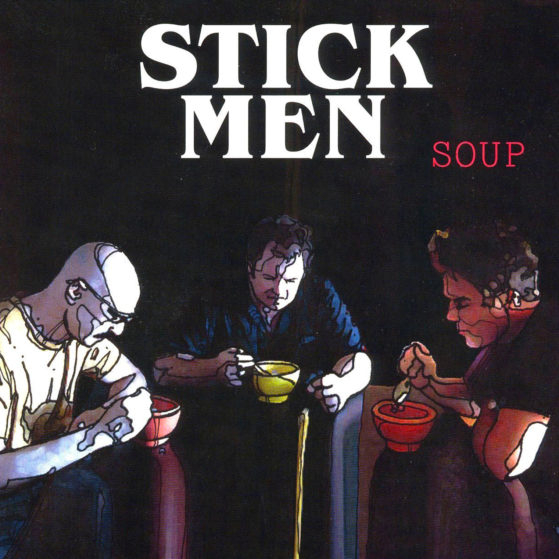 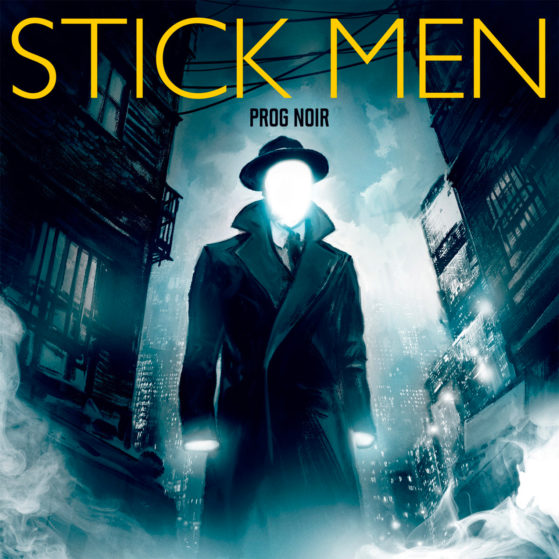 Tony Levin and Pat Mastelotto, the powerhouse bass and drums of the group King Crimson for some years, bring that tradition to all their playing.  Levin plays the Chapman Stick, from which the band takes it’s name. Having bass and guitar strings, the Chapman Stick functions at times like two instruments. Markus Reuter plays his self-designed touch style guitar – again covering much more ground than a guitar or a bass. And Mastelotto’s drumming encompasses not just the acoustic kit, but a unique electronic setup too, allowing him to add loops, samples, percussion, and more. The result; audiences are fascinated by watching just three musicians on stage perform pieces like Stravinsky’s Firebird Suite, King Crimson’s Red and Lark’s Tongues, as well as wild improvs and their own catalog of stylish music.

In the early years of their production Stick Men released 3 CD’s: Soup, Stick Men, and Absalom. The production was then implemented by several music experiments: the improvisations album Open; a studio album titled Deep; and their first live album called Power Play. In October 2014, Stick Men released their first retrospective album. A double album, the first disc featured studio recordings, while the second was a compilation of various recorded live improvisations the band performed on tour. Also included on the album are remixes and remakes of various other Stick Men songs.

Undoubtedly unique for their sound style, Stick Men have the privilege to be recognized among the “pioneers of the progressive rock”.